The Art of a Woman 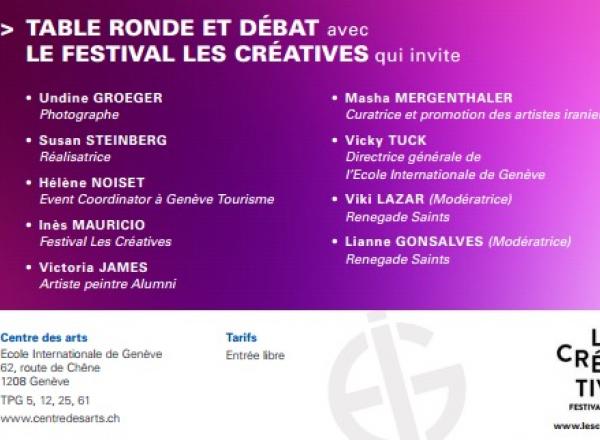 This month, I was invited to take part in an event that promoted and discussed the role of women in the arts. I was asked to be one of the guest speakers at the round table discussion that proceeded the opening night to two female artists’ exhibition. I feel honoured to have been invited and enjoyed the thought-provoking discussion we had between us and members of the public.

Most of the time, I don’t think about the fact that I am a woman. I am not bothered with it, and I have never been one to put my gender forward as the purpose or reason for my artistic practice. However, throughout my artistic career, I have repeatedly been confronted by my “difference” and invited to take a position on it. I used to find the invitation to state my views on art and art making “as a woman” more tiresome than anything else. I found it uninteresting to be clubbed together in group shows “for women”. I have never been drawn to the subject of looking at the differences between women and men. I have never felt the need to vindicate the fact that I am a woman or let my gender override how or why I work. I am fortunate enough to live in a part of the world and be exposed to a public where I can most of the time not have to deal with the difference in options available to me in comparison to men.

Extracts from the round table discussion:

How often are you confronted with your identity as a woman in your work?

I would like to start by saying that I am first and foremost an artist. I do not really think about the fact that I am a woman and I do not intentionally make gender-orientated art. I think you can probably tell that I am a woman through some of my work, but again, I do not aim to portray this especially. I am not preoccupied by my gender when I work and I am not inspired to make art that is specifically about women.

What unique challenges do you face as a woman in art?

I think to simply be able to get on with my work and not necessarily have anything to say or stand up for as a woman can be a challenge. It is as if, simply doing your work, like a man seems more allowed to, is not possible – one needs to have some sort of gynaeco-mission as back-up and validation for your work. But then, do men not also struggle with their own version of stereotypical expectations in producing art? I remember at art college, it was considered hip and was encouraged to either produce very pretty or very ugly/ angry work rather than simply “your work”. Most of our tutors were male which was seen by some of my female class mates as grossly discriminatory and something which would inevitably go against us women in our finals. I am not sure I can vouch for any such gender-discrimination, but I can safely say that one of my tutors in particular (who was a man) would go out of his way to insult my work and then later try to buy me consolatory drinks in the pub. Being someone that generally enjoys and rises to a challenge, the main problem for me in this dynamic was that I was being disrespected rather than being possibly treated in a biased way because of my gender.

What other than the identities of being an "artist" and "woman" do you have that either challenges or supports your work as an artist or your life as a woman?

I am fairly solitary, do not have children and have a dog that I will often prioritise spending time with and caring for over people. I have chosen an artist’s life, to not be a mother and be content in my own and my dog’s company. Hugely selfish, self-absorbed, over-sensitive and/ or social snob are some of the prejudices I have been confronted with as a woman in the arts. I cannot relate to the notion that my works of art are “my babies” or that my dog is “my little boy”. My art is my work and my dog is my dog (and I love both dearly). The fact that I can work to my own schedule and be engrossed in what I create as much as I want supports my productivity greatly. It can be a challenge to not feel discriminated against by mainly other women who relate to you as not having really understood life and love if you have not been a mother. But again, I cannot take it too seriously because I know that I bumble along fine most of the time, and undoubtedly know what it is to love and be loved.

As you look to the future, what is something that you are doing to make things better for artists of the future, especially women artists?

At this stage, I think the best I can do is to keep doing what I am doing and stay true to myself as an artist. As I said, I do not hold any aspirations to take on feminine, political or any other real “quests” as such. If my work can inspire other creative women to choose this career and go for it, then I would be peaceful with that knowledge. I used to teach and the one thing I would always insist on, and sometimes give even more importance to than technical or any other knowhow, was that you were true to yourself and were “you” as you worked.

Being part of this event at this time in my life, has provoked something that has resonated in the work I have produced since. I cannot put into words exactly what that “something” is, but it is with a somewhat bashful and tentative curiosity that I realise there has been a shift in my work.